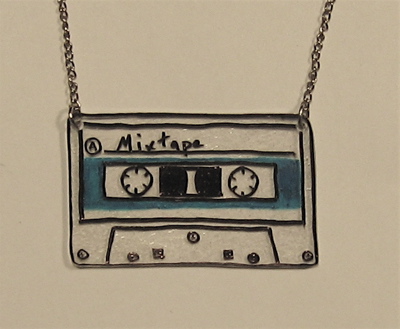 A couple of top mixtapes have surfaced in the last couple of days. Marcy over at Lost In Your Inbox has a Best-Of-2010-So- Far mixtape up and it’s been a fantastic way to pass this gloomy grey afternoon. As she says, it’s all about the flow.

Best of all, I now have a swag of new stuff to go hunt down. Broken Social Scene, for instance, are a band I’ve not paid much attention to, despite the reverential treatment they get in the blog world, but ‘All To All’ grabbed my attention immediately. You’ll also find contributions from Wintersleep, Shout Out Louds, Efterklang, Sambassadeur, The Society Islands, Noisettes and more. And that final Frightened Rabbit track….ah. It’s wonderful stuff.

All To All – Broken Social Scene | myspace

New Inheritors – Wintersleep (I’d forgotten all about this song!) | myspace

I actually remember hearing a tune by The Drums on the radio and quite liking it. I thought it might be the one featured on the Captain’s mixtape, ‘It Will All End In Tears’, but it’s not. Then I thought it might be ‘The Future’ but I don’t think it’s that one either. Ah well, I’ve posted them both here anyway.

Quote from The Drums:

“We only write about two feelings: one is the first day of summer when you and all of your friends are standing on the edge of a cliff watching the sun set and being overcome with all of your hopes and dreams at once. The other is when you’re walking alone in the rain and realize you will be alone forever.” (via Kick Kick Snare)

It Will All End in Tears – The Drums | myspace

The Future – The Drums

I have a mini mixtape for you too. I call it the Songs-I-Haven’t-Bothered-To-Write-About-Yet Mixtape. Unlike Marcy though, I haven’t bothered too much about the flow today. It kinda goes slow songs first, then faster ones, but feel free to download and rearrange to your heart’s desire!

Before I Knew – Basia Bulat | myspace

This Is The Life – Two Door Cinema Club | myspace

I’ve been listening to this Basia Bulat track over and over for about a week now. I just love it.

In The Night – Basia Bulat

Basia Bulat is a Canadian singer-songwriter and I’ve been exploring her music this week, after hearing and reading a lot about her in the past couple of years without actually getting around to checking her out properly. I find all her songs to be quite lovely – her vocals are beautiful – but I prefer the more uptempo tracks to her slower ones.

Basia Bulat is currently touring to promote her latest release Heart Of My Own, with dates planned for the USA and Europe. Check her website for details.